Last month in the wake of the nomination of a new anti-abortion Supreme Court Justice, I wrote “Urgent Message for Everyone Who Cares About Women’s Lives.” about the dire situation we all face. Since then, as many of you know, a ruling has come down in the court case filed by the NY State Attorney General’s Office (OAG) to protect Choices’ patients from harassment by anti-abortion protesters. Disregarding days of witness testimony that detailed the experiences of our patients, staff and volunteer escorts over six years, Judge Amon made an outrageous decision denying the OAG’s request for a buffer zone outside Choices.  (For more information, see The New York Times article here and Rewire.News here)

My Urgent Message now is to assure all of you in our Choices community and the broader reproductive rights/reproductive justice movement, that Choices Women’s Medical Center will never retreat from our commitment to continue to provide the very best and most comprehensive women’s healthcare, including abortion services to 24 weeks, and that our dedicated volunteer escorts will continue to protect patients from harassment every Saturday morning.

We have received messages of support from many friends we have known for years, as well as new ones. A woman who lives and works in Queens called and volunteered to join our patient escort teams. She said, “I am so angry about this decision” and called us because she wanted to find some way to directly help. Escorting is definitely one way. Please call Mary Lou at 718-349-8100 ext. 872 if you’d like more information on becoming a volunteer escort.

There are other ways to support Choices, as well.  You can join groups of volunteers who provide housing and other services to out-of-town patients who need a place to stay (Haven); you can donate to a non-profit fund (see below) that helps cover the cost of procedures and/or travel to Choices for low-income patients with no resources; you can contribute to Choices’ education work through Amazon Smile.  You can invite Choices Outreach and Education Team to your religious group, community center, school, etc. for a timely and lively discussion on reproductive health.  And you can join street actions and demonstrations.

Most of all, I urge you to be active and to never believe that we “just have to accept” these outrages, that the only thing to do is just “keep on keeping on.”  The Suffragists fought fiercely for years for the right to vote (see our article below) and they refused to be “nice girls” about it.  How can we do less when so much is at stake? As the poet June Jordan wrote, “We are the ones we’ve been waiting for.” 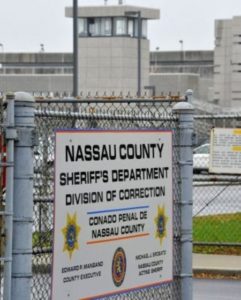 Women behind bars need Choices, too!  We are pleased to announce that Choices has recently entered into a referral agreement for supplemental care for female inmates at the Nassau County Correctional Center in partnership with Nassau University Medical Center.  We are glad that Choices is able to provide good medical care for women who are in these difficult circumstances.  We are also continuing our education program of seminars and discussions for women at Rikers Island Prison in Queens.

HOW YOU CAN HELP: Donate to Assist Women Coming to Choices

Below are some of the nonprofit funding organizations that assist women seeking abortion services, including at Choices Women’s Medical Center. Descriptions are from their websites, and we encourage you to learn more about them and make a contribution.

Choices Global Institute of Healing and Education funds and sponsors various projects in the U.S. and internationally, including abortion care at Choices Women’s Medical Center in Jamaica, Queens, helping ensure that women of all ages, backgrounds and economic situations can get the services they need. For more information and to donate click on the link above.